Join us as we set up another fully stocked pop-up boutique – featuring classic favorites and fresh new arrivals!

Dragon Con is an annual Sci-Fi and Fantasy convention held in Atlanta over Labor Day Weekend. Dragon Con started in 1987 as an outgrowth of a local SF and gaming group, the Dragon Alliance of Gamers and Role-Players. Over the years, the convention has grown to cover more than just Science Fiction, Fantasy, and gaming. Besides those original programming tracks, Dragon Con now covers over 30 additional areas of interest. This essentially makes Dragon Con 30+ conventions in one!

Key events at Dragon Con include several Costuming Contests, including the Masquerade, Independent films, 3 dealer rooms, art show, and of course, the famous Dragon Con Parade. Growing in size from the 1,400 people attending the inaugural 1987 event to over 46,000 at recent events, Dragon Con has a long history of being the greatest Sci-Fi and Fantasy convention. 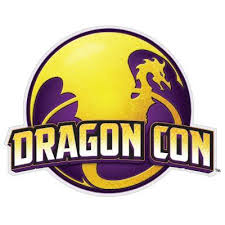